(O)K, I’ll confess, I’m not drinking Natty Boh (Ballimorese for National Bohemian, the original Baltimore Brew), although I did hear a great story about it from my new friend Thomas but that’s for some other time. 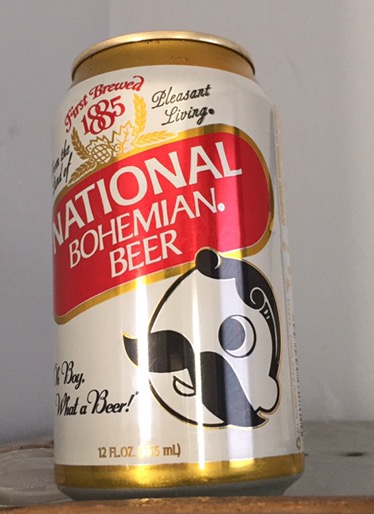 An actual can of Natty Boh spotted in the wild. (On top of the lockers in my Hostel) 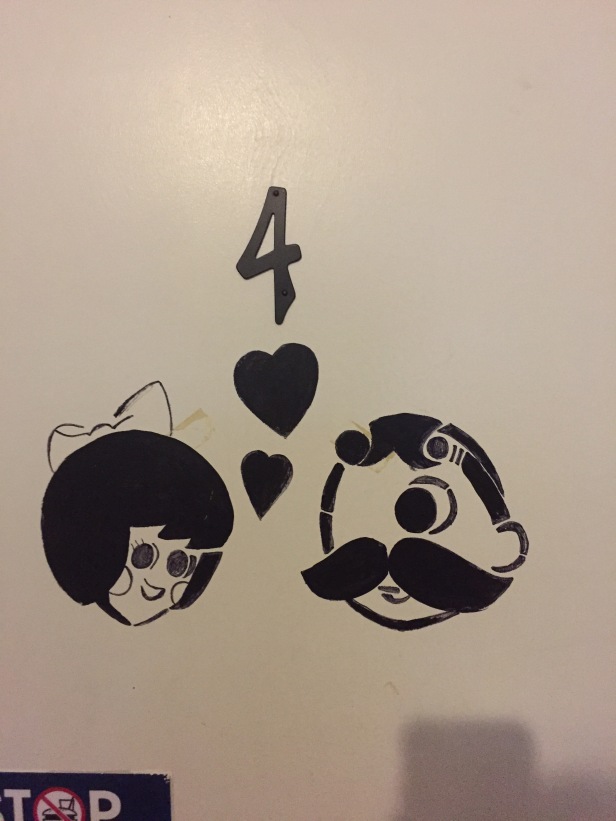 The door of my room

In January I spent a total of less than a day here in Baltimore and almost all of that time was with someone who is not native to the area. This trip,for the American Homebrewers Association Conference, although still often in the company of those from other places, I’ve had a chance to walk around the city and talk to natives as well as listen in busy areas. I heard some vowel differences as well as specifically some vowel shifting to schwa particularly when walking through the more north and east part of the downtown area where I encountered more African American speakers.

I spent the morning discovering what others have said about some of the common features of “Baltimorese” (Bawlmerese or Ballimerese):

For references and further reading on Ballimorese:

Join me for a drink on Untappd, Cheers!